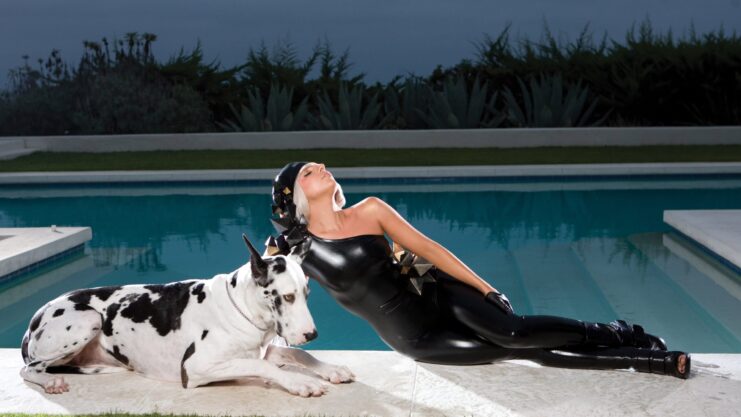 I’m not exactly gaga for Lady Gaga. Call me old-fashioned but I think the video above would have benefited from a little more of the Great Danes and a little less Gaga. Be that as it may, the reason Lady Gaga — who unfortunately doesn’t come in a decaffeinated version — is making her first appearance on ohmidog! is because Rumpus, one of the two Harlequin Great Danes that appear in her music video “Poker Face,”  has passed away.

The five-year-old dog — the one on the right side in the video above, who appeared as well in Lady Gaga’s “Love Game,”  “Paparazzi” and  “Eh Eh (Nothing Else I Can Say)” — died earlier this month after a Los Angeles hike.

The dog’s owner, Suzzane Keller-Duckett, told TMZ the award-winning show dog’s death was unexpected. He showed no signs of injury and appeared to be in good health. Kelleher-Duckett says a necropsy was performed and results are pending.

Rumpus was also supposed to appear in Lady Gaga’s video for “Bad Romance,” but because of his death, his fellow co-star and mother, Lava, will now do the video.