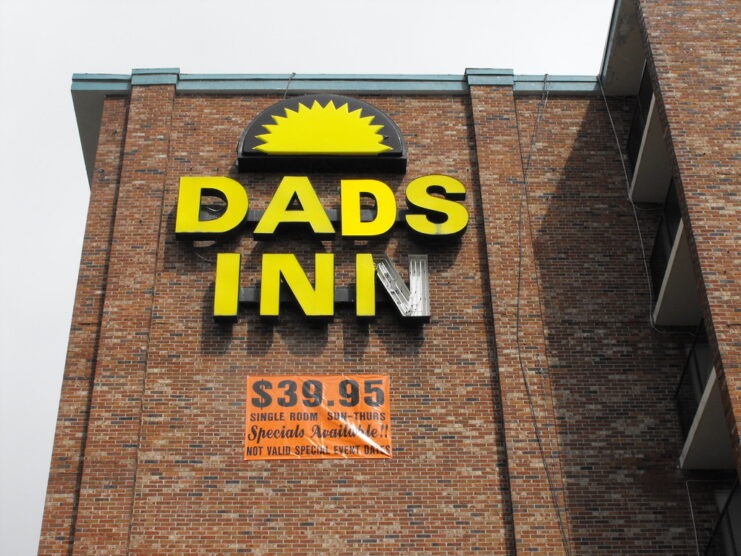 We didn’t know the whole story behind this, but sometime this summer a motel changed names in Lansing, Michigan.

With the simple switch of one gigantic yellow plastic backlit letter, what was once a Days Inn, became Dads Inn.

We guessed that the Days Inn franchise shut down, leaving a multi-story motel vacant. We guessed that some guy — likely a dad — stepped in and took over, and either didn’t want to be a Days Inn or wasn’t accepted by the chain.

He opted for another “D” though, not quite the same width as the first “D,” and a little brighter yellow.

After having some fun conjecturing, we looked up the facts — as initially reported by the Lansing Journal.

Seems the Parsippany, N.J.-based hotel chain parted ways with its south Lansing franchisee, Frank Yaldoo, after Yaldoo declined to spruce up the place. The chain wanted him to spend more than $200,000 to replace beds, update computers and — of all things — change its signs.

The article didn’t mention where the new “D” came from, or whether Yaldoo is a dad, but we’re guessing he’s a thrifty guy.