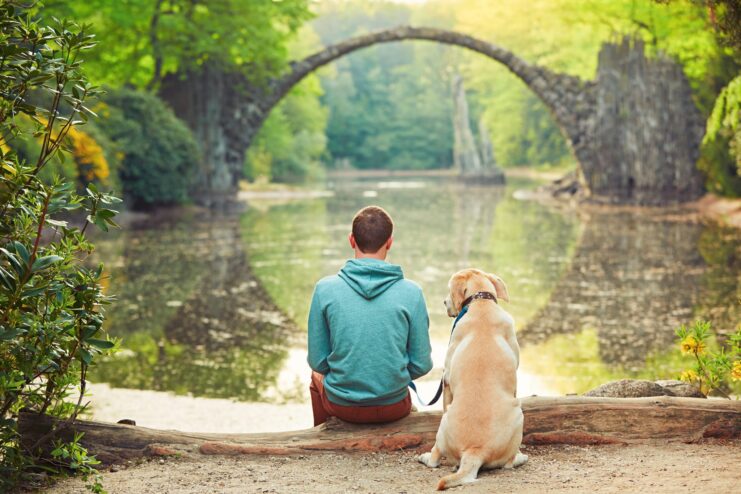 For some strange reason, dozens of dogs have jumped to their deaths off Overtoun Bridge, a 50-foot high span near the Scottish town of Dumbarton.

Some claim the bridge is haunted. Some postulate (ridiculously) that dogs crossing it are suddenly overcome with suicidal urges. Others blame the minks who live below.

It is believed between 50 and 100 dogs have jumped to their deaths from the bridge in the last five decades — five during one six-month span in 2005.

The latest to make the leap, a springer spaniel named Cassie, survived, the Daily Mail reported this week.

Alice Trevorrow, 50, was walking Cassie across Overtoun Bridge when the dog jumped over a parapet and disappeared from her sight.

“I will never forget the awful whine she made as she leapt,” said Trevorrow, a nurse. “My heart just dropped. I have no idea how she survived, the bridge is so high. I was almost certain that she had died.”

Trevorrow and her son Thomas ran to the edge, looked over and saw three-year-old Cassie struggle to her feet.

She said the dog suffered only a pulled muscle in a hind leg.

Only one other dog has been known to survive after leaping off the 19th-century span that some, including the makers of a documentary about it, have dubbed “Dog Suicide Bridge.”

The Daily Mail says the Scottish SPCA has sent an animal habitat expert to investigate why dogs leap off the bridge, which is about as high as a four-story building.

The most logical-sounding explanation is that dogs are detecting the scent of the minks who live below and, in their enthusiasm, leap off the bridge to investigate.