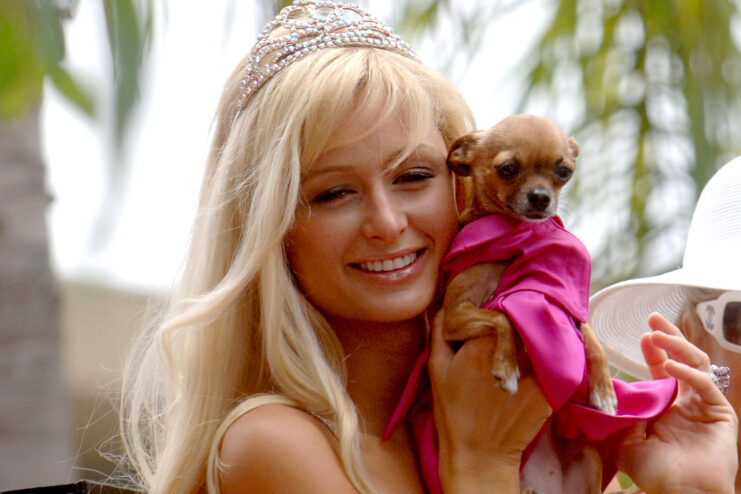 The tiny Chihuahua who, even if she wasn’t the first miniature dog to be toted in a handbag, came to personify the trend, has died.

“My heart is broken,” Hilton wrote in an Instagram post. “I am so sad & devastated. After 14 amazing years together my baby Tinkerbell has passed away of old age.”

“I feel like I’ve lost a member of my family,” she added.

“She was such a special & incredible soul. We went through so much together. I can’t believe she’s gone,” Hilton wrote. “I will miss her & think about her for the rest of my life. I love you Tinky, you are a Legend & will never be forgotten.”

Hilton, inspired after seeing the Chihuahua in the movie “Legally Blonde,” purchased Tinkerbell — her first dog — from an online breeding company in 2002, TMZ reported.

Often nestled safely inside the celebrity’s handbag, she led a spoiled life, but one with its share of drama.

In 2004, Tinkerbell went missing after burglars hit Hilton’s home. The heiress offered a $5,000 reward, and six days later Tinkerbell mysteriously reappeared. Hilton never offered any details of how she got the dog back.

That same year, Tinkerbell was also the subject of a satirical book, “Tinkerbell Hilton Diaries: My Life Tailing Paris Hilton.”

In Tinkerbell’s later years, she would have plenty of company. Hilton now owns nearly two dozen other dogs, TMZ reported.