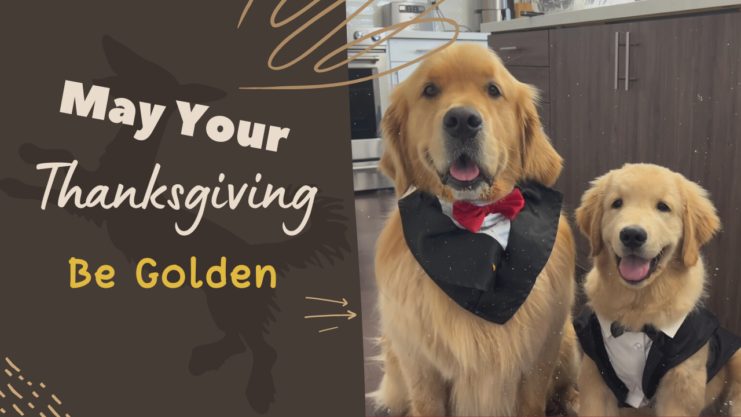 By way of wishing you a happy Thanksgiving, we present this photo — and offer our thanks to the photographer, and his dog, Bailey, who posed not once but six times.

Bailey played all six roles for the re-creation of this family scene.

The photos were taken by her owner, John Nebbia, of Omaha, Nebraska. Photoshop probably deserves some credit too.

The image appears to show a holiday gathering of six different dogs, but they are all Bailey, who was decked out in six different wardrobes.

“We just moved her from chair to chair and gave her a break in between shots,” Nebbia told the Huffington Post. “When she was in the position, we were snapping a few pictures every second.”

It took about 40 minutes to shoot and about an hour to edit, he said. 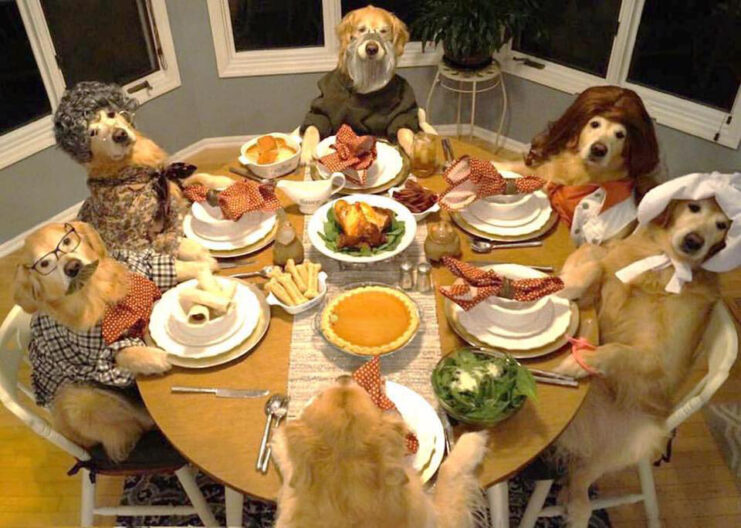 Bailey is also the star of a 2016 calendar featuring some of Bailey’s best poses. It can be ordered at GoldenBailey.com.

Nebbia also put together a video showing what was involved in making the Thanksgiving photo: