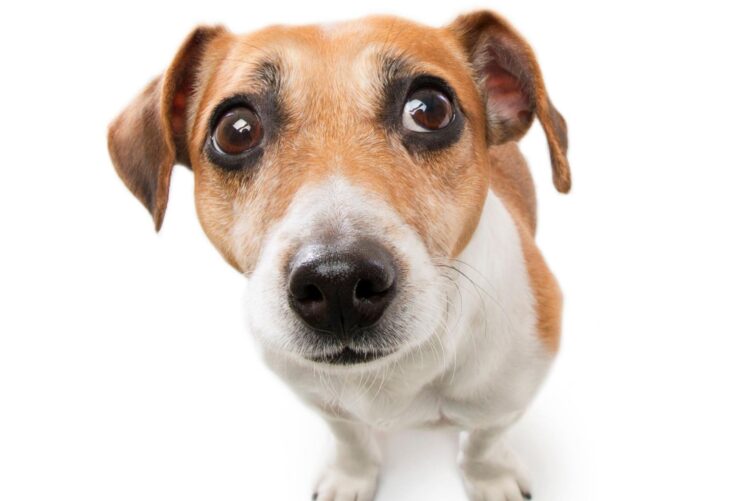 Christmas was kind to me this year. I got some gift cards, some underwear, some cookies, a hummingbird feeder and a drill.

And from my dog, I got peed on.

This was actually the day after Christmas. Out for the afternoon walk, we saw some neighbors and their dogs, all of whom we’d met before, approaching.

With Jinjja being the new guy on the block the other dogs were pretty excited to see him.

So three of my neighbor’s poodles, and the giant schnauzer down the street swarmed around him, barking and sniffing.

That was when Jinjja — either because he was stressed out or wanted to show all those other dogs that I belonged to him — lifted his leg and enjoyed a nice long pee on my pants leg.

I didn’t notice until the neighbor shouted, “Hey he’s peeing on you,” which was about the same time my leg started getting warm.

I’ve been on the lookout for strange behaviors in the dog I’ve had about a month now. He was rescued from a dog meat farm in South Korea, so I expected to face some unique behavior, in addition to all the other new dog issues.

Other than his initial skittishness and getting accustomed to new surroundings and what seemed, to him, novel things like television, there haven’t been that many.

Other than one small pee the first night home, his record is spotless, and so are my carpets.

But this one surfaced over the weekend — first when I, against my better judgment, brought him over to a party at my neighbor’s house. The one with the five dogs.

He’d met a couple of them by then, and they all greeted him in a friendly manner. But it wasn’t long before Jinjja decided he should leave a mark, or 20, on this new home he was visiting.

He’d been well drained before we entered, but peed by the door anyway. Then about five more times he started to lift his leg but stopped when I yelled at him. When all five dogs went out on the back patio, Jinjja went into a peeing frenzy, dashing from spot to spot and, if not actually peeing, going through the motions.

He’d also peed a week earlier in the exam room at the vet’s office — despite having peed repeatedly outside before entering.

Whether it’s stress or turf-marking, I can’t say for sure.

My kindest interpretation, though, is that he was passing on information to the other dogs — for in one good squirt of urine a dog reveals much of himself, to other dogs at least.

It’s like, “sure you can smell my butt, but that is ephemeral a quickly passing pleasure.” By peeing in the home of five dogs, though, he could have figured, “I’ll just leave this and you can get to know me better after I leave.”

That’s the generous view, and one that’s hard to see when you’ve just been peed on.

The more immediate reaction is more like, “Dammit, you peed on me!”

(I’m sure I’ll laugh about it later. My neighbors laughed about it right away.)

Many experts will tell you a dog who pees is marking his territory, and when he pees on a person, there may be some dominance issues involved.

With Jinjja, I think the bigger issue is insecurity, and he is still figuring out his place in the social order. (Happily, it is no longer as meat.)

I’m, in a way, doing the same thing, being new to the townhome neighborhood. On my street, there are 20 homes, and 26 dogs. I am pretty sure the dogs outnumber the people. Part of the reason I moved here was that it seemed so dog friendly and because I thought it would be a good place for my previous dog, Ace, and myself, to enjoy our golden years.

He died before I made the move, and six months later, I met Jinjja.

The neighbors welcomed Jinjja with open arms. My neighbor Trish with the five dogs was even smiling as she mopped us his pee from her entryway Friday night — in the middle of her retirement party.

I’m glad I’m on a street of dog lovers. I’m glad to be among all those dogs. I’m glad Jinjja is now one of them.

I’m not so glad about being peed on, or the prospect that whenever Jinjja visits someone’s house, he will feel the need to christen it.

Oh well, something to work in the New Year.