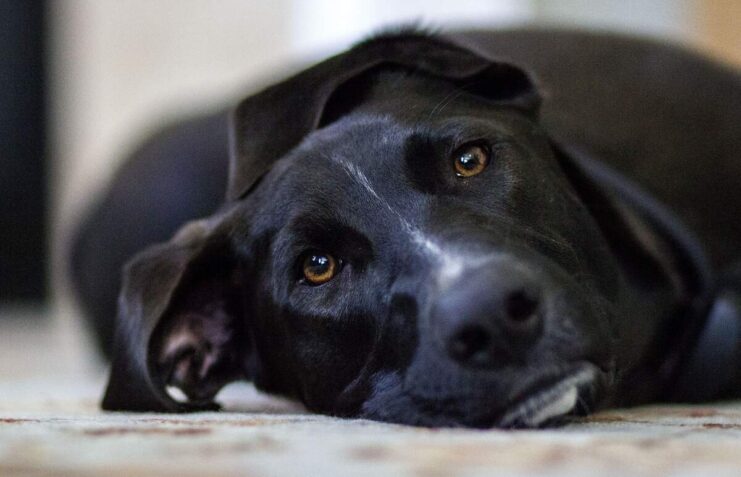 Dog Fart Awareness Day came and went over the weekend — and I wasn’t even aware of it!

Nor was I aware that such a day has apparently existed for at least three years.

My tendency is to question whether it is “a real thing” — sorry, but a Facebook page alone is not ample proof of that — and yet People magazine has written about it, and so have some dog writers I actually respect.

The recent People article was basically an interview with a veterinarian and said nothing about the special day’s origins — or who was behind it. (Though the veterinarian did share that, in his experience, bulldogs fart more than any other breed.)

It’s hard to find any serious discussion, or background information on Dog Fart Awareness Day also called Dog Farting Awareness Day. Just about everything you call up on the Internet seems to have been written more for the pun opportunities than to provide information.

You’d assume such a day would have some veterinary group behind it, telling us that, if our dogs are farting excessively, we should bring them in at once for an expensive battery of tests.

I could find no sign of that — and no explanation of why we need a Dog Fart Awareness Day. When they fart, and we are at home, don’t we quickly become pretty aware of it?

Scanning legitimate news media, I found only a few references to it.

Recently included it in a list of “officially” proclaimed days, but added, “not sure if this is a serious thing.”

Scientific American used the annual day as an opportunity to delve into dog fart research, producing a pretty fascinating article on its blog, Dog Spies.

Then again, the blog’s writer, Julie Hecht, was reporting about dog fart research even before the awareness day existed — proof that she is on top of things, or a little weird. Either way, her posts are always fascinating.

This one goes into some 2001 research at the Waltham Center for Pet Nutrition in the UK where researchers, with help from a special dog fart jumpsuit and “odor judges,” measured the flatulence of dogs and assessed the odors on a 1 to 5 scale — 5 being “unbearable,” 1 being percussion without any noticeable odor.

The research was aimed at rendering dog farts less foul-smelling, which is possible with dog farts (as it also is with humans).

Despite the day being mentioned in such a scholarly publication, I’m still suspicious of it.

Generally, such days have an organization behind them — one that has procured a proclamation for such a day in hopes of increasing awareness or sales, but DFAD, as it’s called, lists none.

National Hairball Day (April 28th) is recognized by the American Veterinary Association. National Dog Fighting Awareness Day (also April 8) is sponsored by the ASPCA. This is also National Dog Bite Prevention Week, sponsored by, among others, the U.S. Postal Service.

But National Dog Farting Awareness Day seems to have wafted in out of nowhere.

If “bogus” — and my suspicions lean that way — does DFAD take away from more serious issues, like dogfighting awareness, or, as some maintain, is it a good thing even if it is all in jest, because it allows dog lovers to share and celebrate their dogs, and create their own memes.

(Memes and farts have a few things in common by the way. They can erupt spontaneously, grab everyone’s attention and then quickly dissipate. You’re never sure who was behind them, and the perpetrators — whoever they were — probably feel better after expressing themselves.)

It’s important to keep in mind anyone can go online and get a national day of pretty much anything proclaimed, like on this website.

These informal national days are not to be confused with official ones — those proclaimed by Congress and our presidents, such as National Missing Children’s Day, or National America Recycles Day.

Dog farts and hairballs are not among the issues Congress considers pressing, but luckily entrepreneurs are there to fill the void and give your case the attention you feel it deserves — a day of its own. And maybe someday your day will show up in an esteemed publication like Scientific American, or People, or ohmidog!, thus adding credence to the belief your day is a real thing.

I don’t believe there is an officially sponsored, organizationally-backed Dog Fart Awareness Day. And I don’t think we need one.

As for the one that seems to exist, for purposes that seem limited to giving us a chuckle, I’m hoping it doesn’t linger too much longer.