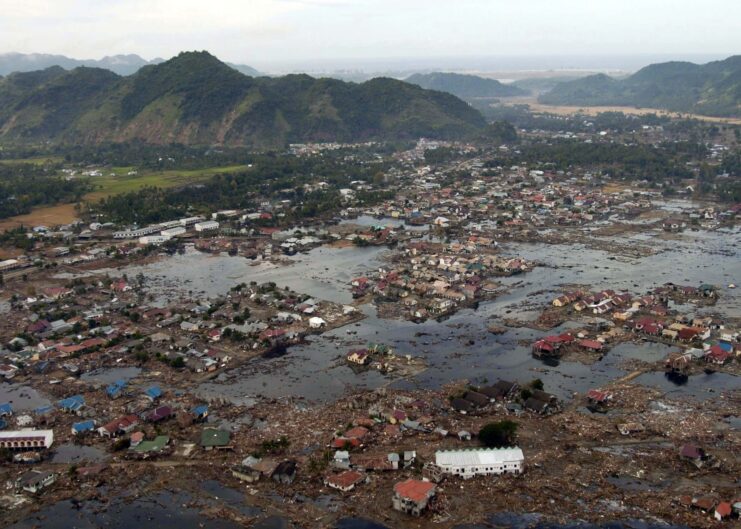 We don’t know the story behind these two dogs — other than they are obvious victims of the tsunami in Japan.

We don’t know the outcome — whether they’ve been rescued or not.

We don’t know what the commentator is saying.

But we do know this: It’s going to make you cry.

The video was brought to our attention by Karen, an American living in Yokohama, Japan.

“I’ve been a fan of your blog for some time, and today I want to bring your attention to news footage uploaded on YouTube about two dogs surviving in the ruins of a city destroyed by the tsunami.

“It was filmed by a TV crew of Fuji Television, who mistakenly attributed the dog’s behavior as ‘stay away’ when in fact it was probably seeking help for the second dog, which the reporter assumed was dead.

“The dogs apparently were just left there, and there is no update as to whether they were subsequently rescued (I doubt they were). People have been writing to Fuji Television asking that they disclose the whereabouts of the dogs and assist in their rescue.

“I hope you can write about this dog that stayed behind to take care of its friend and ask your readers to pray for the dogs’ safety.”

“We have already got these dogs… Both dogs were brought to Mito, Ibaraki. One is staying at the vet clinic and the brown and white one is at the shelter,” he wrote.