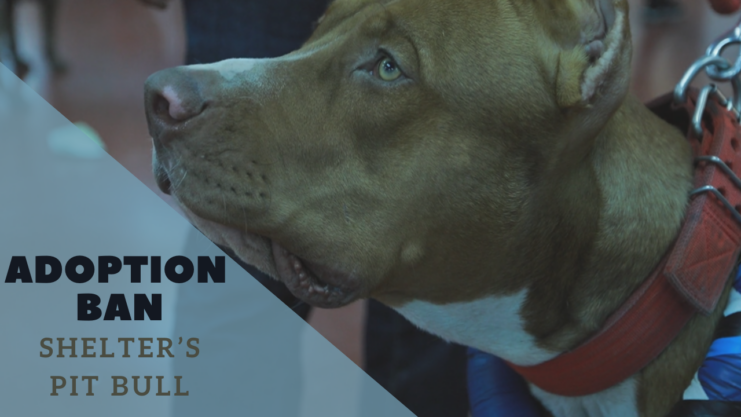 “Virginia may be for lovers, but Loudoun County isn’t the place for dog lovers.”

That’s the conclusion of an animal welfare legislative analyst in light of a Loudoun County judge’s ruling that the county can ban pit bull adoptions — despite a Virginia law that ensures the right to own a pit bull.

“This is a dark day for shelter dogs in our nation,” said Ledy VanKavage, of Best Friends Animal Society.  “Throughout the land, cities, and states are rejecting breed discriminatory laws and this decision embraces profiling.” 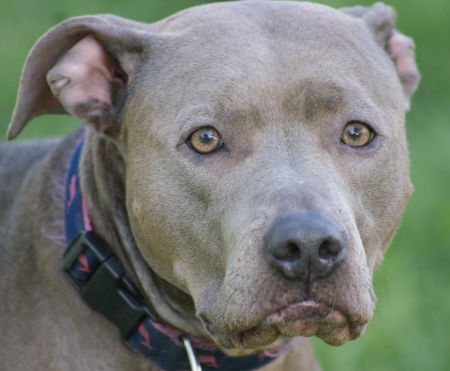 The judge’s May 21 ruling ended the nearly two-year battle over the county’s no-adopt policy on pit bulls.

In a 13-page opinion, Loudoun County Circuit Court Judge Burke F. McCahill sided with the county, ruling that banning the adoption of pit bulls does not break state or local laws, the Loudoun Times reports. The ruling came after a two-day trial May 5 and 6.

The ruling stems from a lawsuit filed by Loudoun resident Ronald Litz in 2007 after he tried to adopt a pit bull from the county animal shelter. He was told the shelter did not allow pit bull adoptions.

Of the judge’s May 21 decision, Litz said, “If the judge doesn’t want to enforce Virginia law, there’s nothing I can do about it.” Litz had argued that the county was denying him the right of ownership of a pit bull, which is against Virginia law.

McCahill disagreed, saying that while state law may give county residents the right to own pit bulls, there is no right to adopt one.

Effectively, the sentence is a death penalty for any pit bulls who end up in Loudoun’s animal shelter and go unclaimed by owners.

“We regret the court has refused to apply the Commonwealth’s prohibition against killing and denying ownership of dogs solely because of their breed,” attorney Lynne Rhode said.

“The public policy of the Commonwealth of Virginia prohibits such discriminatory killing. Under the court’s ruling, that prohibition can only be applied in very limited circumstances where a dog is brought before a court for the court’s determination of its dangerousness. In any other circumstance the dog, regardless of whether it is dangerous or not, can be killed by a taxpayer-funded animal shelter solely because of how it looks.”

Rhode was one of three attorneys representing Litz and Animal Rescue of Tidewater, who argued that the policy led to an 84 percent euthanasia rate for shelter pit bulls.

Sherry Woodard, animal behavior expert for Best Friends Animal Society, said the dogs’ shelter behavior assessments demonstrated a clear pattern of bias against pit bulls. Pit bulls who did well on assessments were put down, while other breeds that did not do as well on the assessments were trained and put up for adoption.

“This discrimination against pit bulls is becoming a topic of discussion across the country,” Woodard said.  “There are golden retrievers who attack other dogs, labs who bite people, pit bulls that love children, dogs and cats. Every dog, every time, deserves to being evaluated as an individual.”

On the judge’s decision, Rhode added: “The practical result of this ruling is that any public shelter can kill any dog if that particular shelter’s management doesn’t like the dog’s breed. In other words, the court has ruled that a pound can kill every single adoptable golden retriever or pit bull or poodle if it wants to, without restriction or recourse.

The Attorney General has opined that such breed-based killing by county shelters is illegal under state law. The options going forward are either an appeal or looking for a legislative remedy to this tragic, unacceptable situation.  First and foremost, the citizens of Loudoun and other places with similar policies, must demand change from their elected officials.”

Ed Fritz, manager for Best Friends’ “Pit Bulls: Saving America’s Dog” campaign, said:  “It’s a shame that so many dogs are destroyed based on fear and discrimination. It is important for shelter staff do some research before making decisions like this instead of basing decisions off of biased media reports and knee-jerk fear.  What they will find is that their shelter kill rate will continue to be high; plus, they will find that their community will not be any more safe.

He added, “We’ve seen five of the dogs seized from Michael Vick’s dog-fighting operation become therapy dogs when some experts claimed that they were dangerous … These dogs are now helping the sick and infirm. Denver has had a discriminatory ban for years now and still reports mauling, and thousands of bite cases by a large variety of breeds and mixes.”

Be sure to check out and read our post on beagles being rescued for a bankrupt lab.