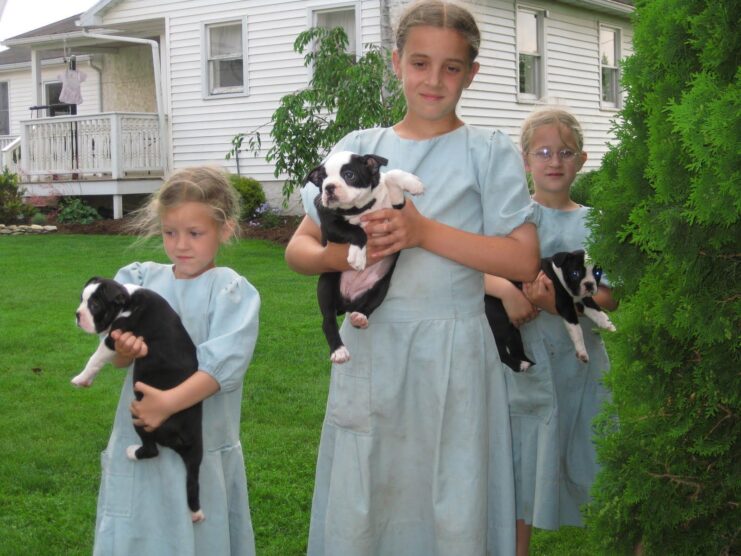 I was on my way to see an Amish man about a dog.

Not because I want another dog — Ace is more than enough, especially during our current nomadic phase — but because I wanted a first-hand glimpse of what an Amish-run breeding operation is like.

I’ve always been puzzled by the disparity — that seemingly peaceful and simple person could be breeding and raising dogs under conditions as horrendous as those that have been described in recent years.  The most recent horror came out of an Amish puppy farm in New York, where a breeder, rather than have his dogs treated for possible brucellosis, killed them all using a hose-and-tailpipe homemade gas chamber.

In Pennsylvania, New York and Ohio, for more than a decade, reports have surfaced of despicable conditions at Amish puppy mills, and while Pennsylvania has begun to crack down on the larger scale operations, plenty of smaller ones remain.

Passing through Pennsylvania Dutch Country, I placed a phone call to Pine Tree Kennels, which I knew to be an Amish-owned kennel and which was advertising “American Bulldogs” on the internet. I left a message that I was in the area and would like to see his pups.

Minutes later, my call was returned by kennel owner David Fisher and, even though he wasn’t home, arrangements were made for me to drop by his farm, where his children would show me the pups.

He said that if I saw one I liked, I could pay and take the pup with me, and he’d send me the paperwork later. “Do you have the money now?” he asked. The bulldog pups were listed at $875, though there were two runts he was willing to let go for $650. “I don’t think that they are sick, it’s just that sometimes you get runts.”

Asked what the paperwork consisted of, he said it was the pups’ registration with the National Kennel Club — an outfit some critics describe as a paper mill for puppy mill dogs. Breeders not willing to abide by the more stringent rules and guidelines of the American Kennel Club, often register their dogs with the NKC instead.

A honking horn brought Fishers children out of their farmhouse — or at least half of the nine he has, and they showed me both the bulldogs and another litter of blue heeler-border collie mixes that they retrieved from a building obscured behind trees and bushes.

They seemed happy to show off the dogs (and to have their own pictures taken well), lifting the pups up two at a time and carrying them from their enclosures. Both pups and kids were adorable — and Fisher’s operation, at least that part of it that’s visible from the road, didn’t seem too horrendous at all.

Then again, it’s not, from all appearances, what it used to be.

Fisher’s operation outside of Lykens, in Dauphin County, was once larger scale, and state inspections reports reveal repeated violations — things like feces not cleaned up, rough and sharp edges and, perhaps most disturbing, worming syringes being used as chew toys.

In 2009 Fisher pleaded guilty to 14 counts of dog law violations in 2009 (three of which were later withdrawn), including failure to keep the kennel in a “sanitary and humane” condition, refusal of entry and selling underage puppies. In Feb. 2010 he was sentenced to six months probation for refusal entry to an inspector, selling underage puppies and failing to maintain a sanitary kennel.

On my weekend visit, Fisher’s scaled-down operation seemed cleaner and more organized than the inspection reports of recent years portrayed it.

I checked out the bulldogs as their mama paced back and forth inside an enclosure — and I did like the solid white runt the best. When I asked Fisher’s young son which dog was the best he picked up the white puppy. “You mean the nicest? This one.”

In an adjoining pen, a blue heeler — who the children said lost one her legs in a mowing accident — barked, while another one, the mother of the hybrid pups, sat stationed atop a dog house.

Her puppies were kept in a shack all but hidden from view, and when I asked to see them, all the children ran back there, each returning with one or two in the crooks of their arms.

It was a bucolic scene, with beautiful kids and beautiful pups — and one that belied the increasing mound of evidence shedding a bad light on Amish breeders.

I got a chance during my visit to talk to Amy Worden, who writes the “Philly Dawg” blog for the Philadelphia Inquirer, which is probably the best place to keep up with the latest news and developments pertaining to puppy mills in Pennsylvania.

As she explained it, the state is introducing the law in stages and granting waivers that allow some larger-scale operations to keep running. Overall though, in the past few years, the number of puppy mills has dropped from 300 to around 100.

Worden thinks that, in addition to those who have gotten out of the business or moved, other Amish breeders have scaled down to avoid the regulations. The new law has its gray areas, she said, but it goes a long way to ensure that huge puppy mills will become history in Pennsylvania. “Clearly, nobody’s going to have 800 dogs or more, as was the case in the past.” 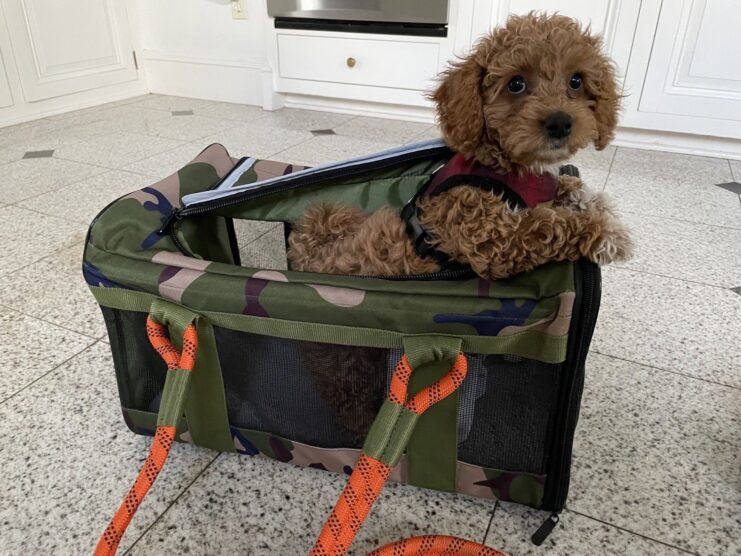 Worden said the Amish were persuaded to start breeding dogs by outsiders, who pushed the concept as a way the farming families could make some supplemental income — important when one has a family as large as Fisher’s.

Critics say — and it’s probably a generalization — that the Amish view dogs as livestock, but watching Fisher’s children with the dogs, though they did sling them around pretty casually, there seemed to be genuine affection.

With fewer than 25 dogs on hand, Fisher is not subject to the regulations contained in Pennyslvania’s new dog law, which was passed in 2008, though many of its provisions have yet to kick in.

Other than that, the only solid conclusion I reached is that the Amish can be pretty persistent salesmen — at least Fisher is.

He called me before we had gotten a mile away from his farm, and has called me 15 times since.