French bulldogs are now the most popular breed in New York and Los Angeles, and the fourth most popular nationwide, according to the American Kennel Club’s annual ranking of breed popularity. This year’s national ranking show Frenchies climbing into the top five for the first time. Twenty years ago, the breed was 76th on the … Read more 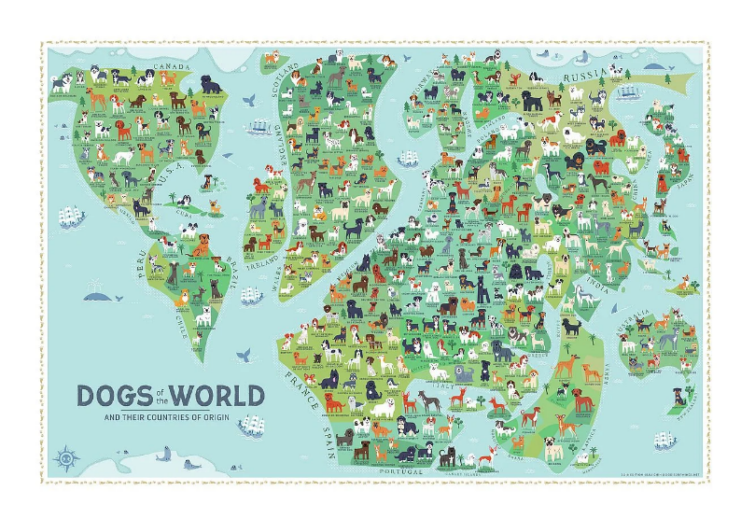 There are plenty of nits one could pick about this “Dogs of the World” map, but it’s still a pretty awesome achievement. The artwork is an offshoot of the “Dogs of the World” series of drawings Lili Chin, a Los Angeles-based artist, produced in 2014. It features 345 dog breeds and their countries of origin. Since some … Read more