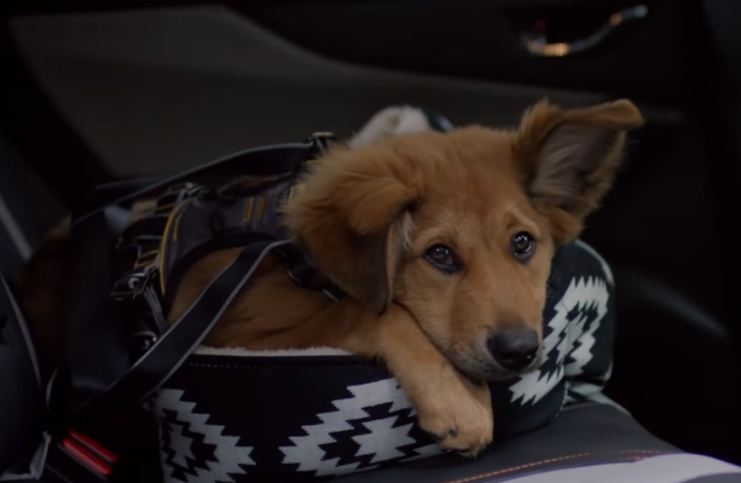 Butch isn’t sure what to make of his master’s new boyfriend, but it’s pretty clear that — for the old dog, anyway — it’s not going to be love at first sight.

In the ad for its 2018 Crosstrek — that’s the extended version above — Subaru shows yet again that when it comes to TV ads that capture the essence of dogs, nobody does it better.

The ad depicts a couple going on their first road trip together.

The boyfriend is a little surprised to see that Butch is going along. But during the course of their weekend, he repeatedly tries, unsuccessfully, to win the affection of his new girlfriend’s faithful — and watchful — dog.

Butch remains skeptical until he sees the boyfriend get his master’s jacket for her and wrap it around her shoulders.

At that point, he decides the guy is OK, stops growling at him, and walks over and lays his head on the young man’s knee.