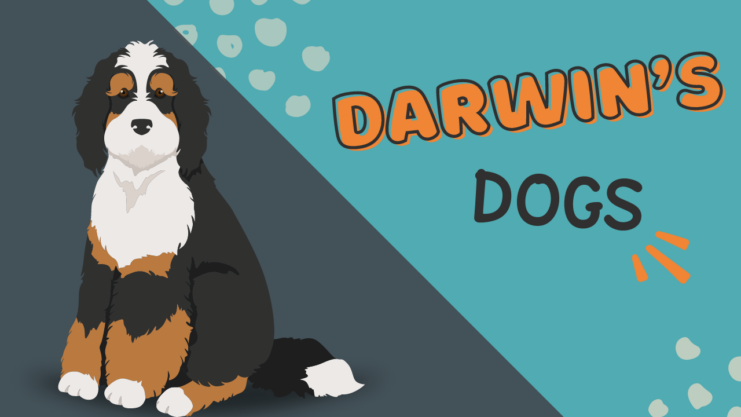 We doubt this is going over well with those companies who want to charge you upwards of $100 to tell you what breeds are in your dog, but a research-based organization is offering to do the same thing for free.

You might have to wait, though, and there will be some paperwork.

Darwin’s Dogs is a research project affiliated with the University of Massachusetts Medical School that uses your dog’s DNA, and other information you supply, to study the connection between DNA and behavior.

Thousands of dogs are now enrolled in the project, the initial goal of which was to look at obsessive-compulsive behavior in dogs. It has since branched into exploring food allergies among pets, CBS in Pittsburgh reports.

The first step in signing a dog up, though, remains to provide a dog owner with a free DNA test, and a report on the findings.

That’s followed up with online questionnaires in which dog owners provide information on their dog’s traits and behaviors.

“We can study behavior in dogs really easily by just working with the dog owners, by just asking them with a goal of trying to look at how differences in a dog’s DNA match up with differences in their behavior,” says Darwin’s Dogs researcher Elinor Karlsson.

They hope that causes of diseases and disorders can be found in dogs’ genetics — and that those could lead to breakthroughs in treating the same conditions in people.

“We don’t understand what causes these diseases and the only way to really find new treatments and new effective ways of treating them is to know what the cause is,” Karlsson said.

“Even though there are a lot of differences between dogs and humans, you look at the really important things that are relevant to health, there are not that many differences. Dogs get the same cancers, the same psychiatric diseases that we do,” she added.

The DNA information the organization provides on your dog is roughly similar to that offered by products such as Wisdom Panel, DNA My Dog, and Embark.

Darwin’s Dogs tests a saliva sample that you mail to them. Commercially available DNA tests use either saliva or, through veterinarians, blood.

Darwin’s Dogs is free — for now.

According to the Darwin’s Dogs website, demand has been so high for the test they might have to limit participants or start charging in the future.

“We have been brainstorming ways of allowing our participants to contribute financially. We are committed to keeping the Darwin’s Dogs project free to anyone who is willing to participate, but with the cost of the genotyping, this means we currently have to pick and chose which dogs to genotype based on the grant funding support we can receive. We are considering options to allow participants to contribute to offset those costs.

More information about the project can also be found in this Scientific American description.

Don’t forget to visit ohmidog.com for more articles about your pet.