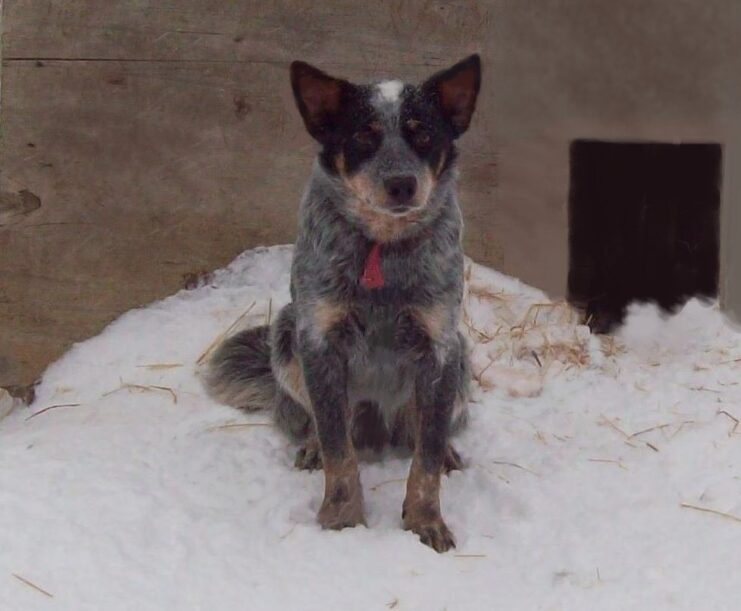 For David Hartwig, the joy of showing off dog tricks died in 2007, along with his dog Skidboot — the remarkable blue heeler we’ve shown you before.

Skidboot’s still gone, but Hartwig is back.

Due to popular demand, he’s entertaining audiences with a trio of new dogs – Tiedown, Bois’d’arc and Little Skidboot, the Dallas Morning News reports.

None is as gifted as Skidboot, Hartwig is quick to point out — in his blunt and folksy manner.

“If you had never seen Skidboot, you’d think this was a really smart dog,” he said, talking about one of his new charges. “But compared to Skidboot, this dog has a bad case of dumbworms.”

The newspaper reports that the new dogs are learning the old tricks:

One morning at his Hunt County ranch, Hartwig tossed a stuffed hot dog toy in the dirt and instructed Little Skidboot:

“When I say three, I want you to get that toy, but don’t get it until I say three.”

The dog was eager but didn’t budge.

Nope, the dog didn’t even flinch.

Little Skidboot raced to the toy, picked it up and ran back.