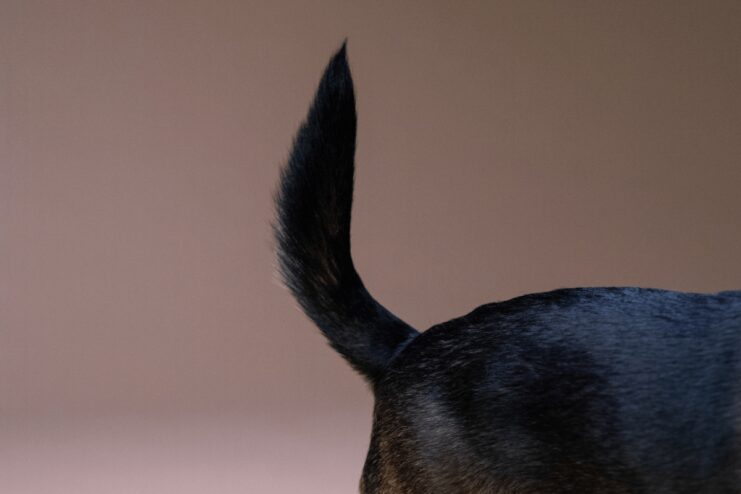 Amid the bashing she’s taking on the Internet for picking her dog up by the tail, there are those coming to the defense of Rebecca Cross, owner of Knopa, the Scottish terrier who won Best in Show at Crufts.

But the explanations those defenders offer, and their justifications for the practice — which has existed for years — are disingenuous, misleading and often a little arrogant.

The only time, in our opinion, that a dog should be picked up by his or her tail is … NEVER!

There may be those in the dog show community and in the worlds of hunters and breeders, who say that view is naive — that certain breeds can handle it. Then again, they have never been picked up by their tails.

Let’s look at their arguments.

1. The tails of some dog breeds are meant to serve that function. They are born with sturdier tails to provide us humans with handles so we can pull them out when they go into holes. Baloney. Clearly, neither God nor evolution put tails on animals to serve as handles for humans.

And if breeders have worked to give certain breeds stronger tails, with that in mind, then they had the wrong thing in mind, which is often the case. Their tinkering with dog breeds to make them cuter, lower maintenance or more useful to humans — all in the name of sales, of course — leads to no good, and to bogus arguments like this one.

2. You shouldn’t do it, but, being highly skilled professionals, it’s OK for us to lift certain small breeds by their tails. Balderdash! Running around in a circle with a dog, and brushing its hair, doesn’t make you a highly skilled professional. Showing a dog doesn’t require a Ph.D. You’re not a doctor, and if you were you’d know that the tail being an extension of the spine, it should not be used to hold up even part of a dog’s weight.

3. When a dog is picked up that way, most of the pressure is on the front end of the dog, and the tail is simply used as a guide. Bullshit — pardon our language — but anyone with the slightest understanding of physics can see that, when a dog is picked up this way, the tail is carrying at least some of the dog’s weight. And when the front end is being supported by a hand on his or her throat, rather than his or her chest, that too is problematic.

4. If it hurt them, dogs would yelp and whine. Wrong again! That’s not true of real-world dogs, or show dogs — maybe especially show dogs who have accepted the fact that the human showing them is going to do this, just as they have accepted the judges who insist on grasping their packages to check for “conformity.”

5. We’ve always done it that way.  We all know that is no defense at all; rather, it’s an excuse used by those who — even when someone is showing them a better way — stubbornly insist on living in the past. And if ever there was a vestige of the past, it’s purebred dog shows.

Those defending the practice offer plenty of what they, at least, see as justification, but little explanation of the reason for picking up a dog this way in the first place.

That’s probably because it is such a silly and superficial reason: By using those two points of contact, they can avoid messing up the dog’s hair.

In that way, the tail lift symbolizes what, at the root, is wrong with dog shows.

And that’s the “appearance above all” mentality behind them.

Judging dogs on their looks — as called for by breed organizations and breed standards — causes suffering and is not in the best interest of the species.

Shows like Crufts and Westminster value “looks over the welfare and health of dogs which can lead to their early death, and that’s not acceptable if we’re really a nation of dog lovers,” RSPCA spokesperson Violet Owens told the BBC.

Although the dog owner’s comments didn’t sound too apologetic — she said she lifted her dog by the tail due to force of habit — Cross did apologize, according to UK Kennel Club Secretary Caroline Kisko.

And just for the record Kisko also said that — no matter what the breed — picking up a dog by its tail is a no-no, at least at Crufts:

“Those showing at Crufts receive clear written guidance on handling their dog, in order to ensure the dog’s welfare, and this guide makes it clear that dogs should not be handled in this way,” she said.